Tess Marie Mata, an introverted and charismatic girl who was saving up for a trip to Disney World, dies at 10 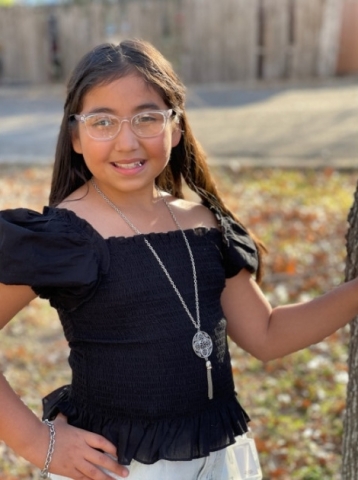 Tess had a jar full of cash in her purple bedroom, according to The Washington Post. She was saving up money for a family vacation to Disney World.

Relatives said she loved the Nickelodeon show “Victorious” and the Houston Astros.

Maelee Haynie, 16, and Mackenzie Haynie, 17, said Tess was best friends with their younger sister. They remember Tess as an introverted girl who loved her cat.

Together they watched one video of Tess and their little sister performing a friendship handshake, which ended with the two girls jumping triumphantly to a chest bump.

She was athletic; she could do the splits and practiced softball.

Tess — or Tessy, as some of her friends and family called her — had a contagious laugh, said her sister Faith Mata.

“Sissy I miss you so much, I just want to hold you and tell you how pretty you are,” Faith wrote on Facebook. “We have one sassy guardian angel that I know is going to protect our family.”

Tess, known by others as “Tessy”, had a love for TikTok dance videos. She had even dreamed of one day going viral on TikTok.

Her family recently uploaded a video of her on TikTok in hopes of making her dream come true. Her mother, Veronica, captioned the video "My sweet baby girl. She was taken from us because of a senseless act in a mass shooting. I never allowed Tess to post her videos because she was so young. But today I want to celebrate her by trying to fulfill her wish by becoming TikTok famous. #uvaldestrong." The video now has more than 200k views.

Tess’ mom said her daughter had the biggest smile ever and wished for her to be remembered, “for the awesome little girl that she was."