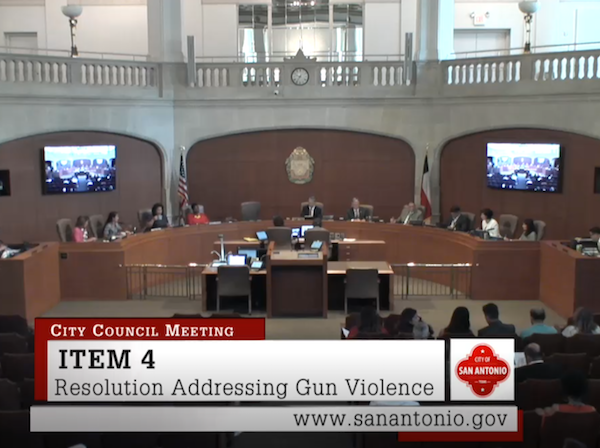 One day after Gov. Greg Abbott formed a domestic terrorism task force in response to the El Paso shooting, San Antonio City Council members unanimously passed a resolution Aug. 15 calling for a special session to address gun safety measures and “reduce the risk of mass shootings in other Texas communities.”

The resolution also mentions Abbott's School and Firearm Safety Action Plan from 2018, which included a recommendation for lawmakers to explore enacting a red flag law. Red flag laws would allow law enforcement — and sometimes other parties — to ask courts to order the seizure or surrender of guns from individuals deemed dangerous by a judge. Abbott later backed away from the discussion, and Texas lawmakers didn't pass those laws or other gun safety legislation during this year's legislative session.

Abbott's office did not immediately respond to a request for comment.

This article originally appeared in The Texas Tribune at https://www.texastribune.org/2019/08/15/san-antonio-city-council-call-for-special-session-gun-violence-el-paso/.